The secrets of Santorini through its history: a trip to the Volcano 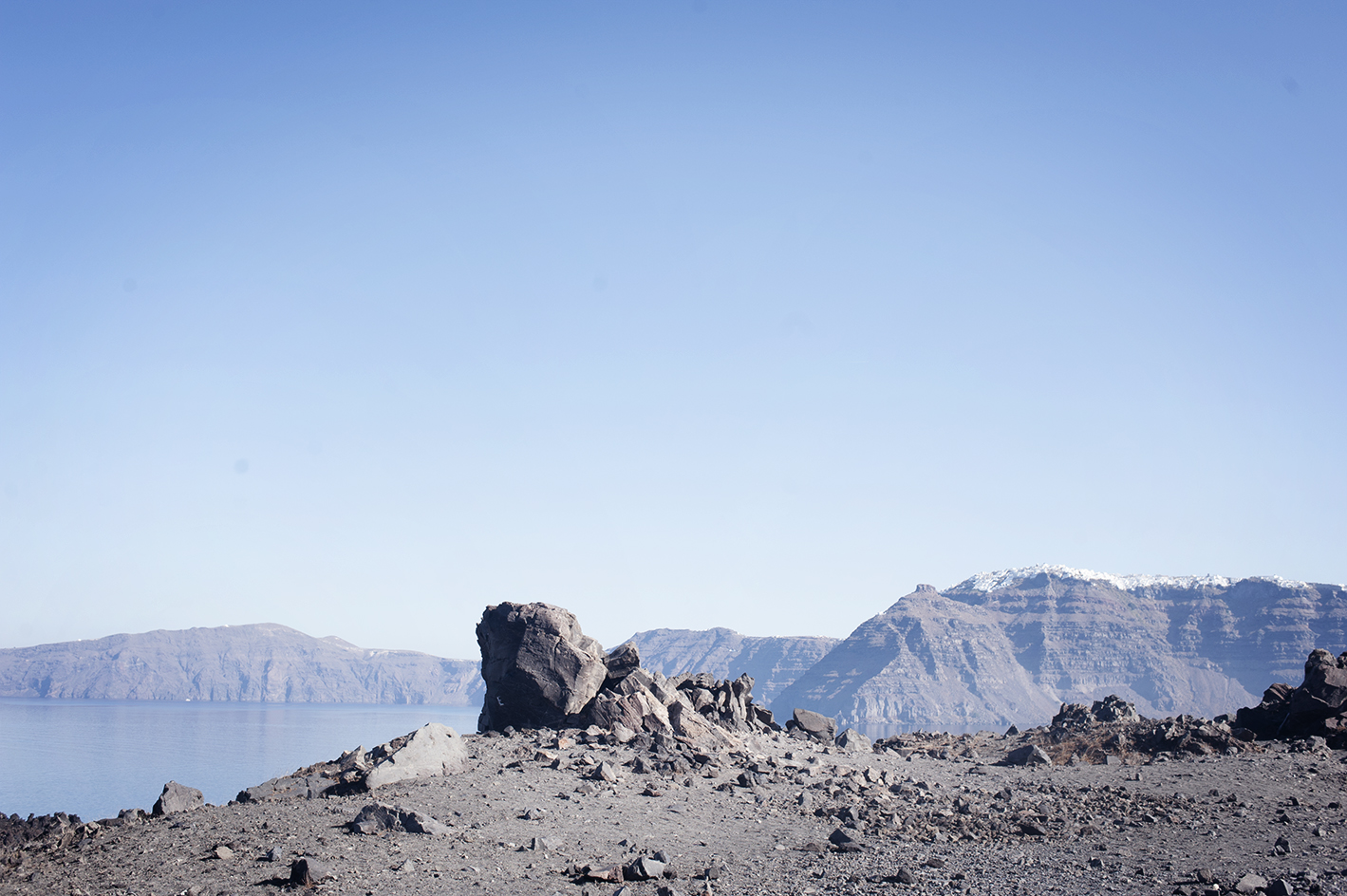 What is it that makes Santorini such a special place?
I think the correct answer is its history behind the formation of the island. And behind this, there is the volcano.
Santorini is what remains after a huge volcanic eruption in 1630AC.
At that time Santorini, Thirassia, Aspronisi, Nea and Palea Kameni were one thing, and the island was called ‘Stronghìli’ which means round shape.
These five elements, as we see them today, are the result of that explosion, which destroyed the Minoan civilization: it is a big fascinating mistery which historians are still studying and part of them strongly believe that this is where begins the legend of Atlantis…
The volcano plays a big role in the history and in the magic of Santorini then.
Looking at it from the magnificent caldera is impressive, especially in early mornings hours or for the most famous sunset.
A lot of visitors affirm that this island, because of the volcano, has a magnetic energy. Yes, indeed, it has.
And believe me, what an experience to walk on its ground!
I don’t think you can get the uniqueness of Santorini, if you don’t visit the volcano.

It is an intense adventure. It reminds to me the moon or how I can imagine it.
There is a very strong smell of sulfur and you can still see some hot gases coming up from the soil in some parts of the volcano.
You are walking on a land that emerged 3600 years ago.

This time for me was utterly special. I have been living on the island since the beginning of March which makes almost eight months I haven’t been anywhere out of its borders.
When I spotted Fira in the background of the rocks, this was the first time in 240 days that I got to see my island from outside, since my arrival.
It’s a feeling that is strongly related to the fact that living on and island is a distinctive reality, that you can’t go anywhere, that you are close inside or you are closed from the outside, it depends the way you want to read it.

I have to be honest, for long time I avoided going to visit the volcano because I thought it was a very touristic thing to do.
The best would be to be able to visit the volcano on your own, to breathe its solemnity and power…. Unfortunately it is not possible, so you will be only able to visit it with a tour trip.
But, you don’t want to miss it! That would be a tremendous mistake!
Bring your best comfortable shoes, some water, and be ready to imagine Santorini before the eruption. 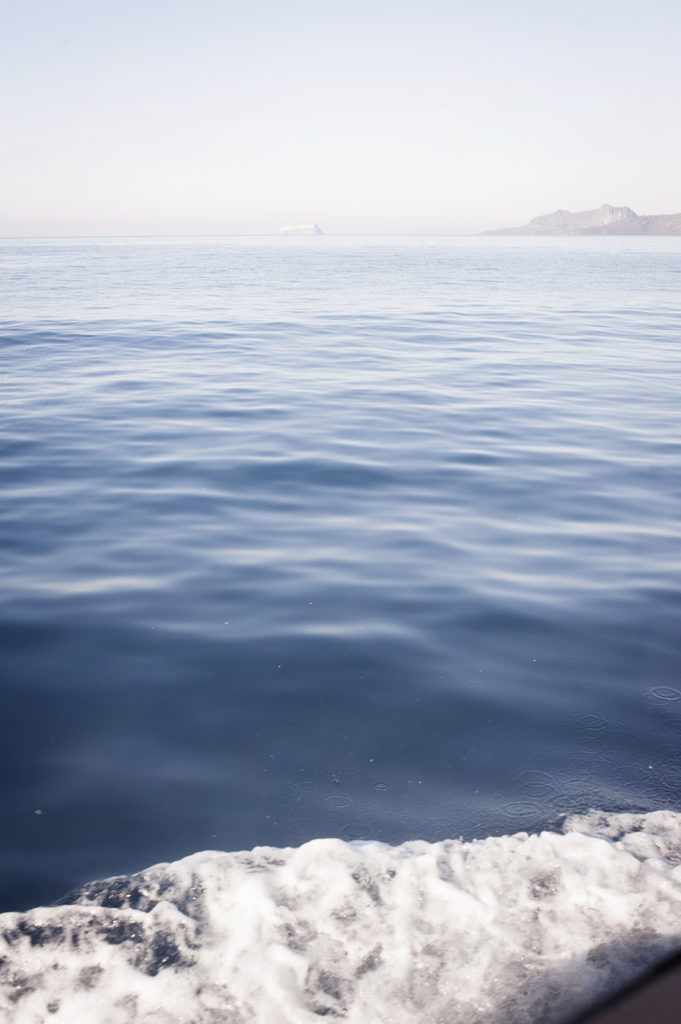 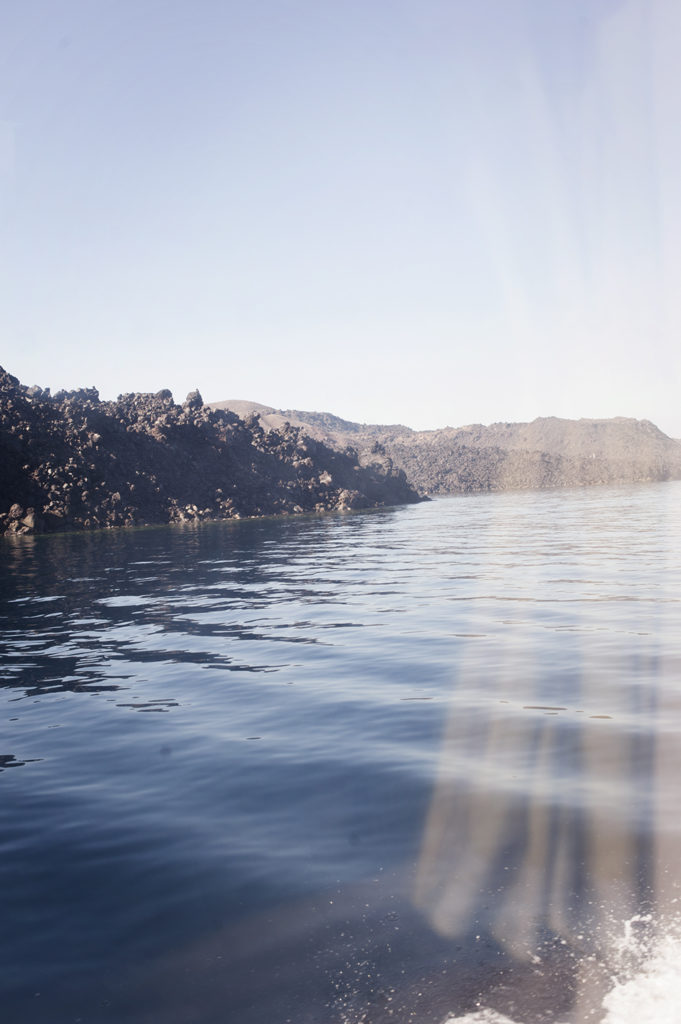 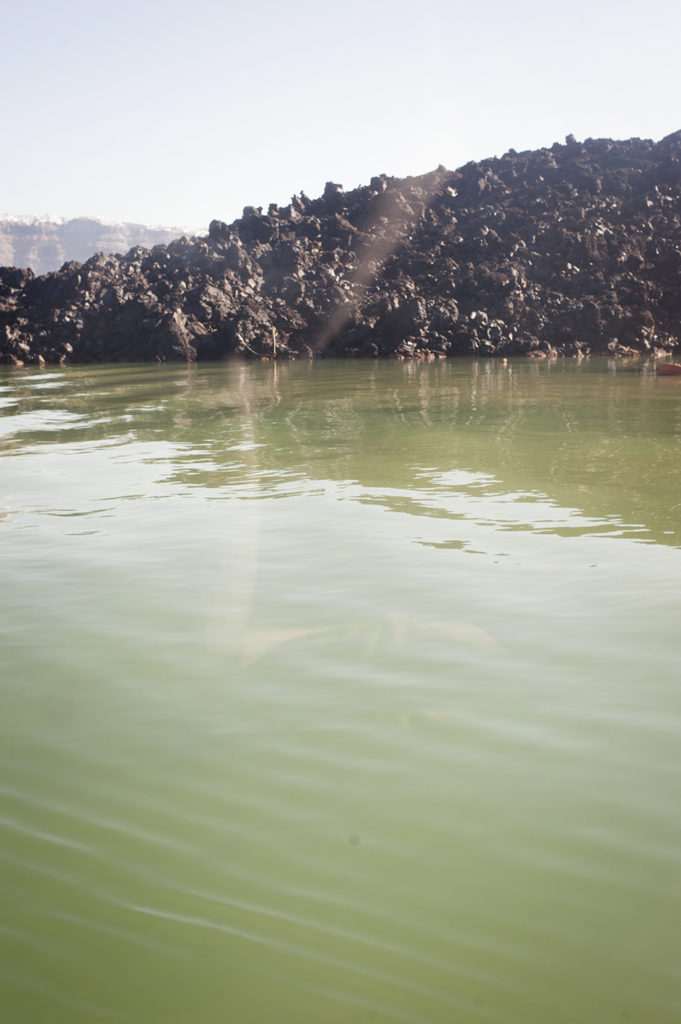 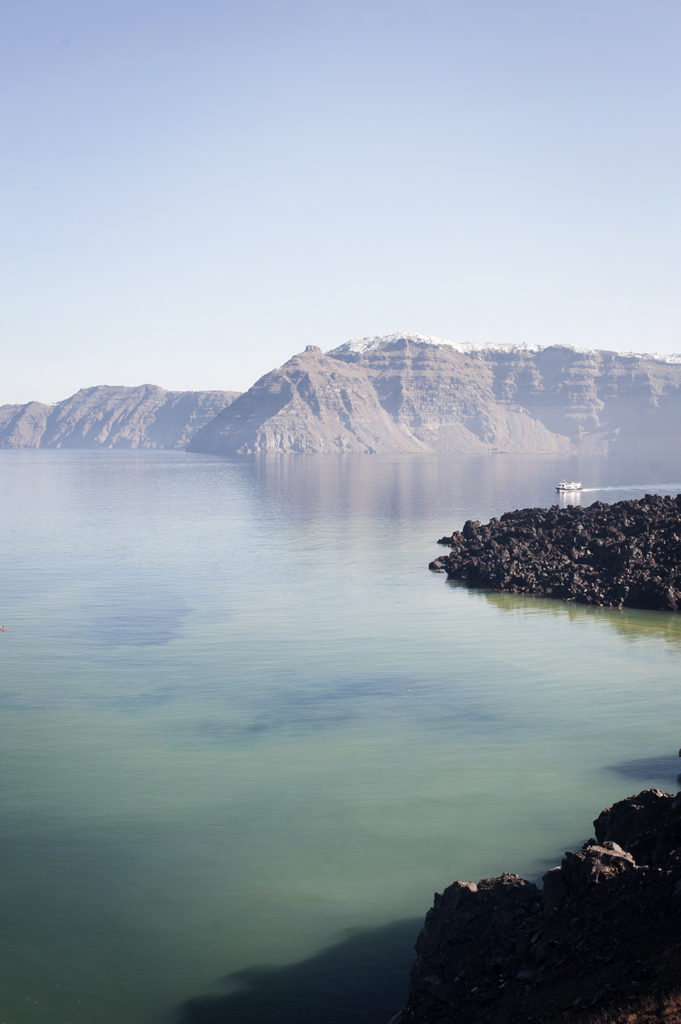 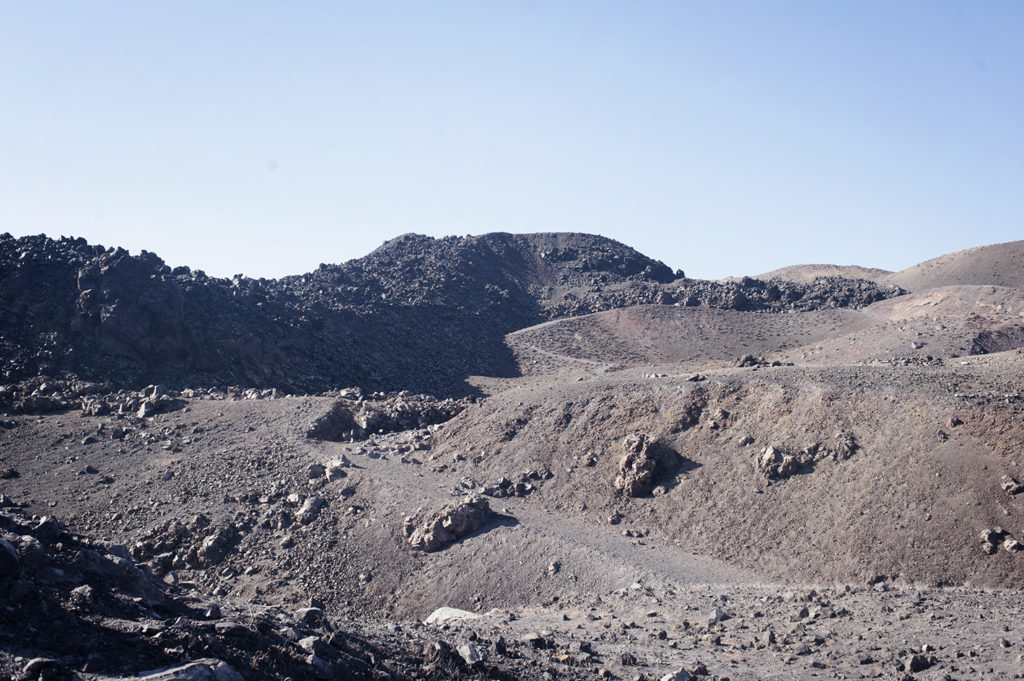 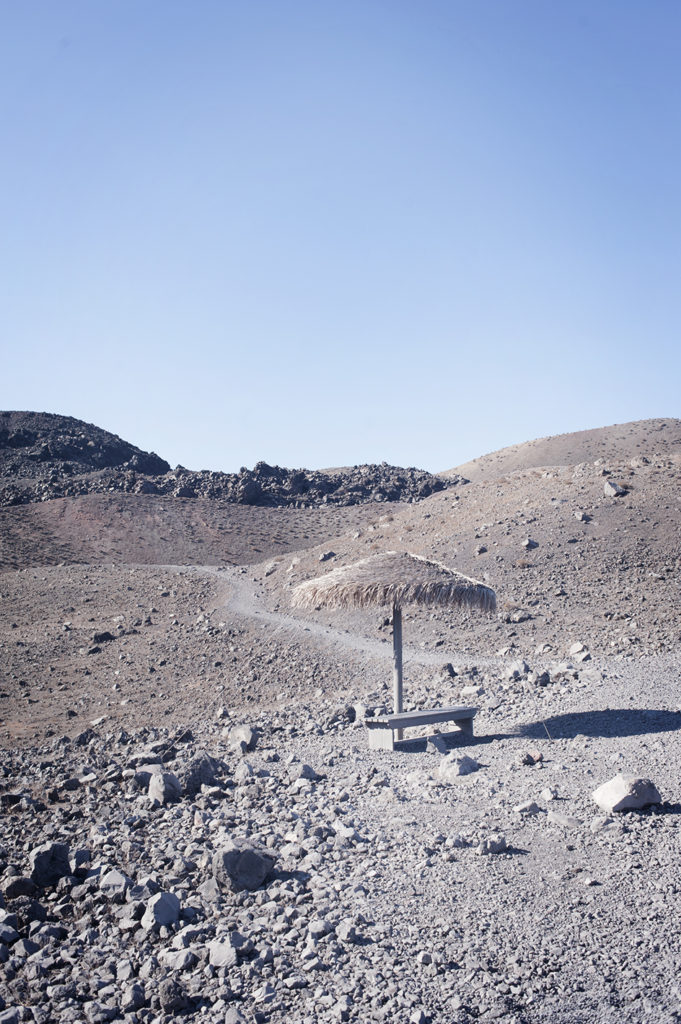 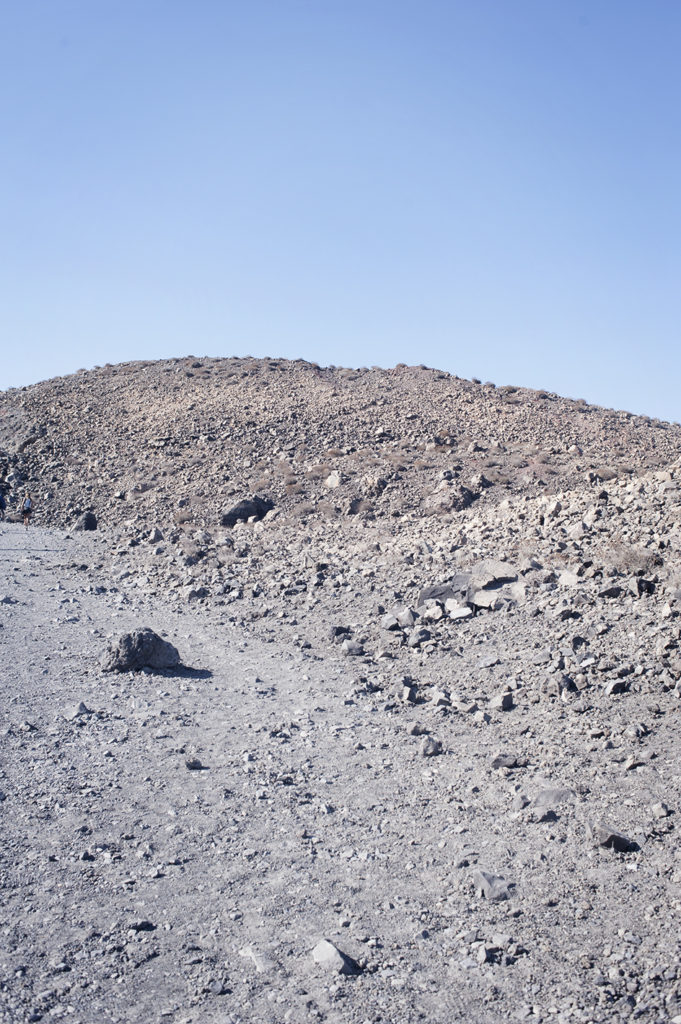 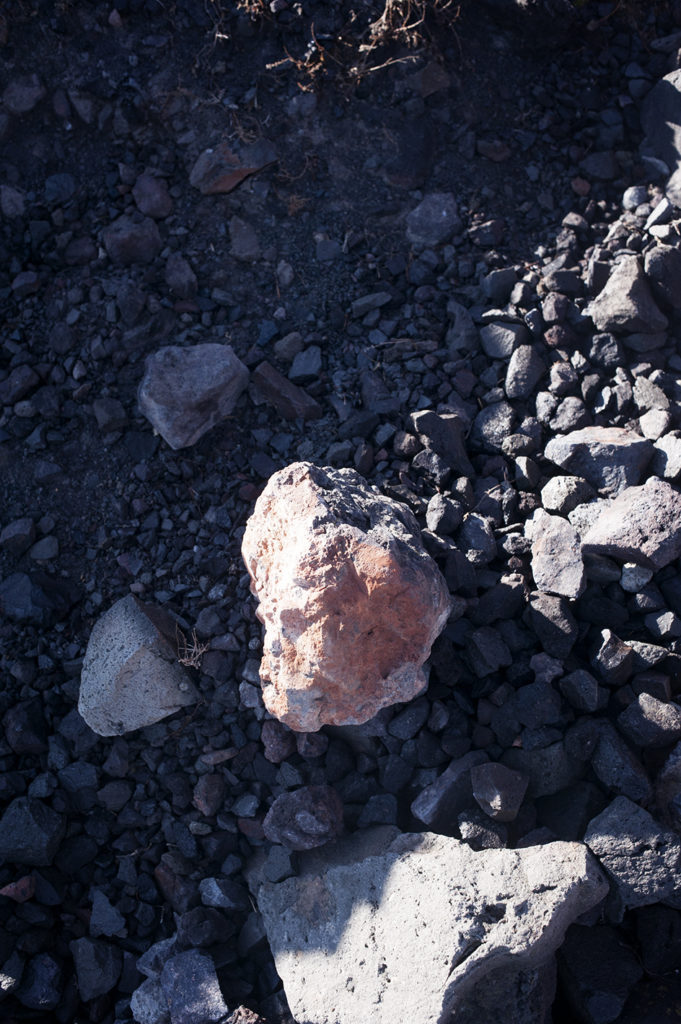 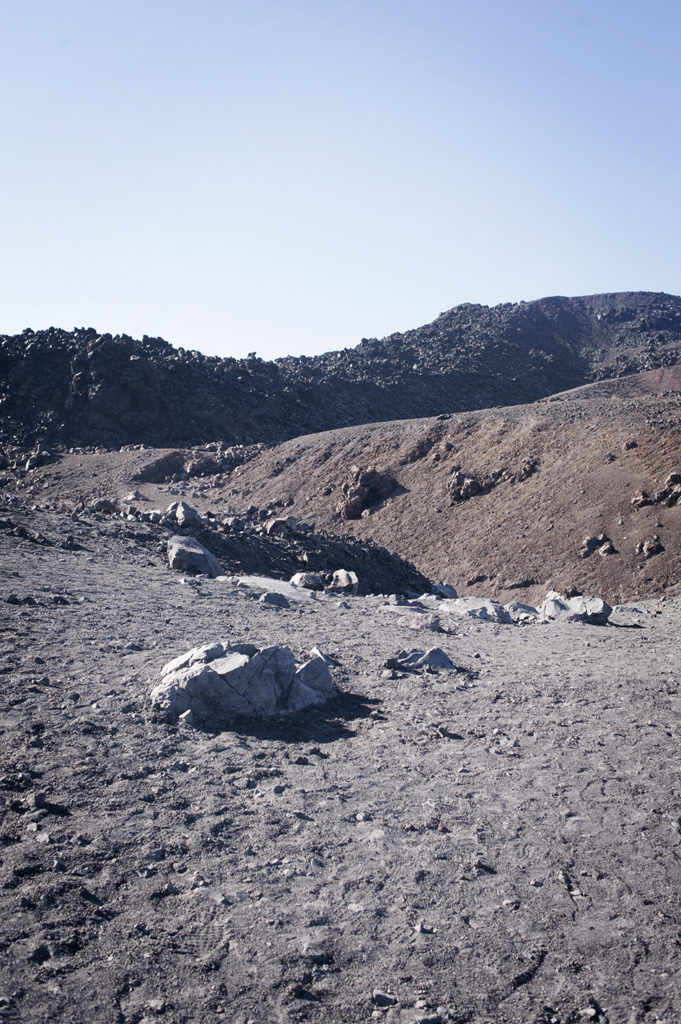 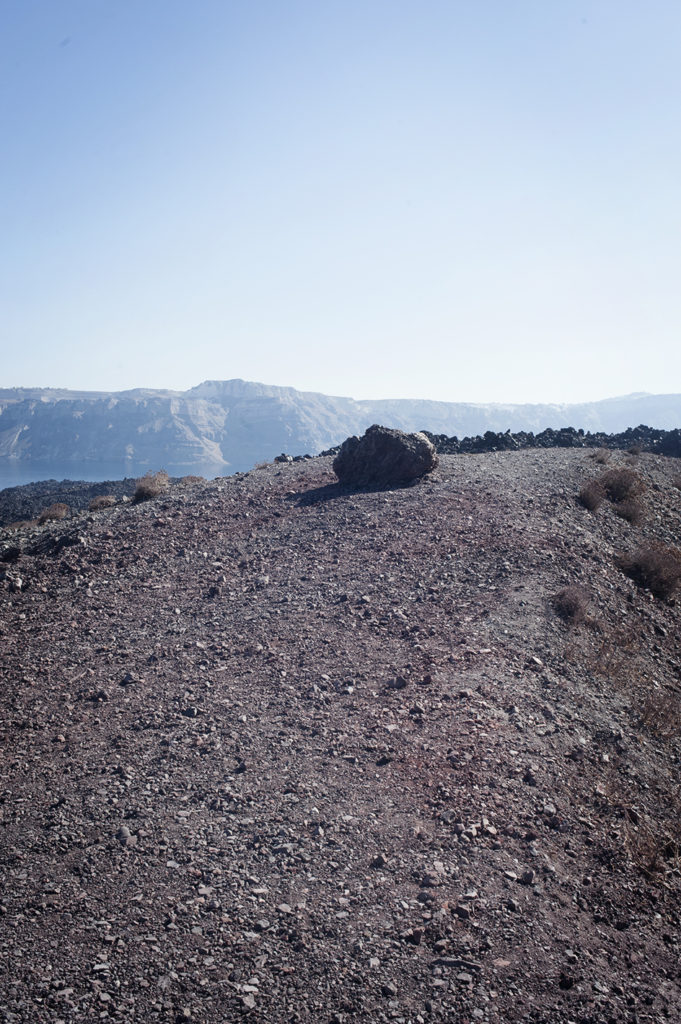 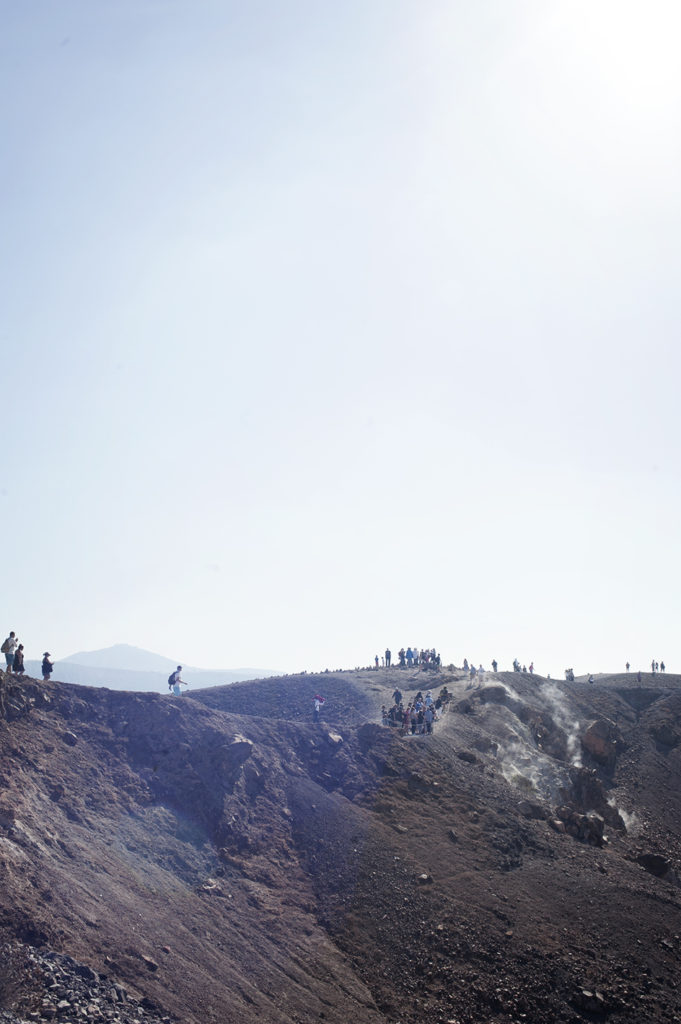 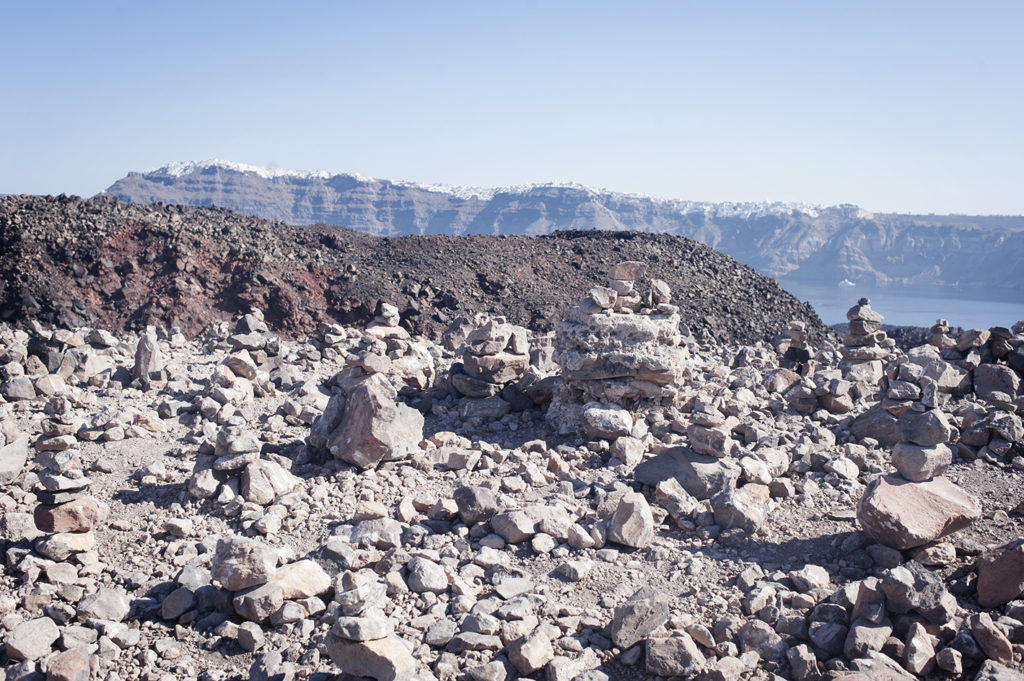 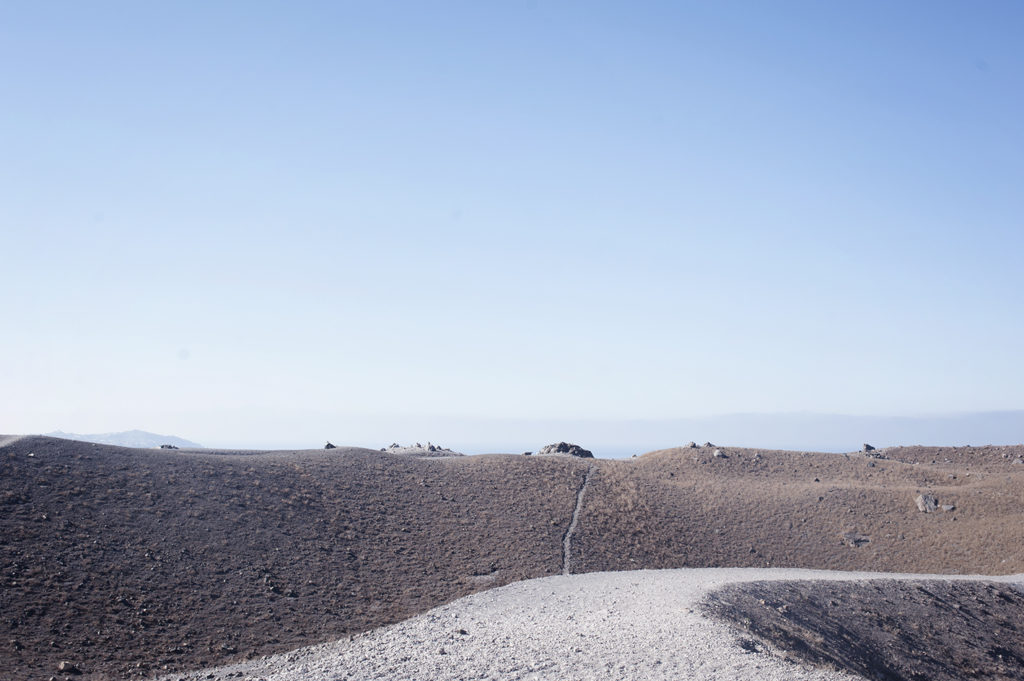 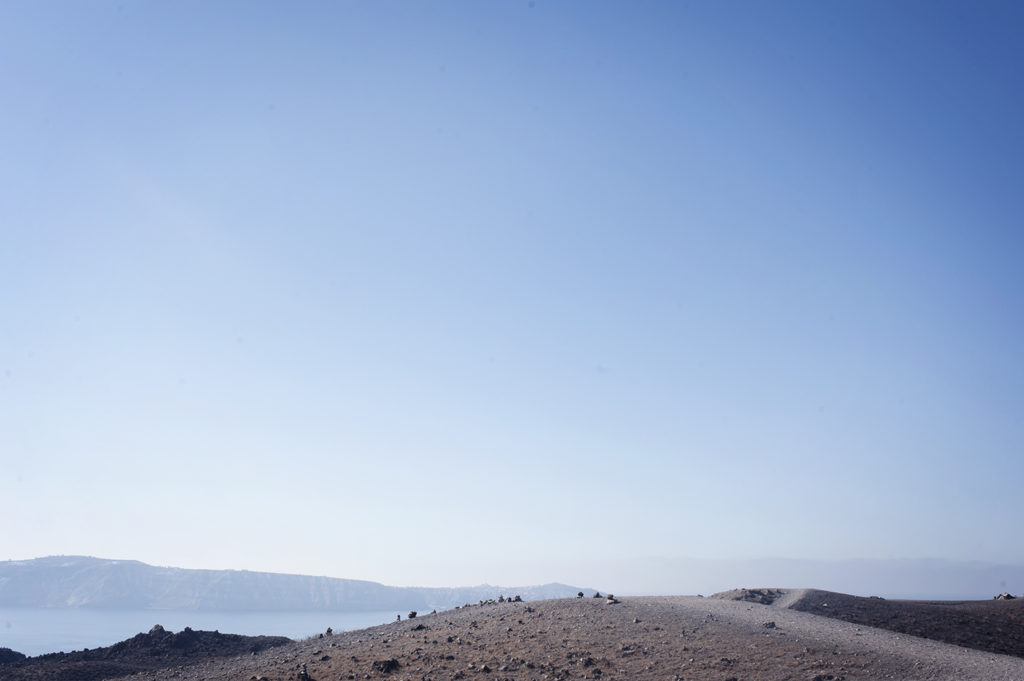 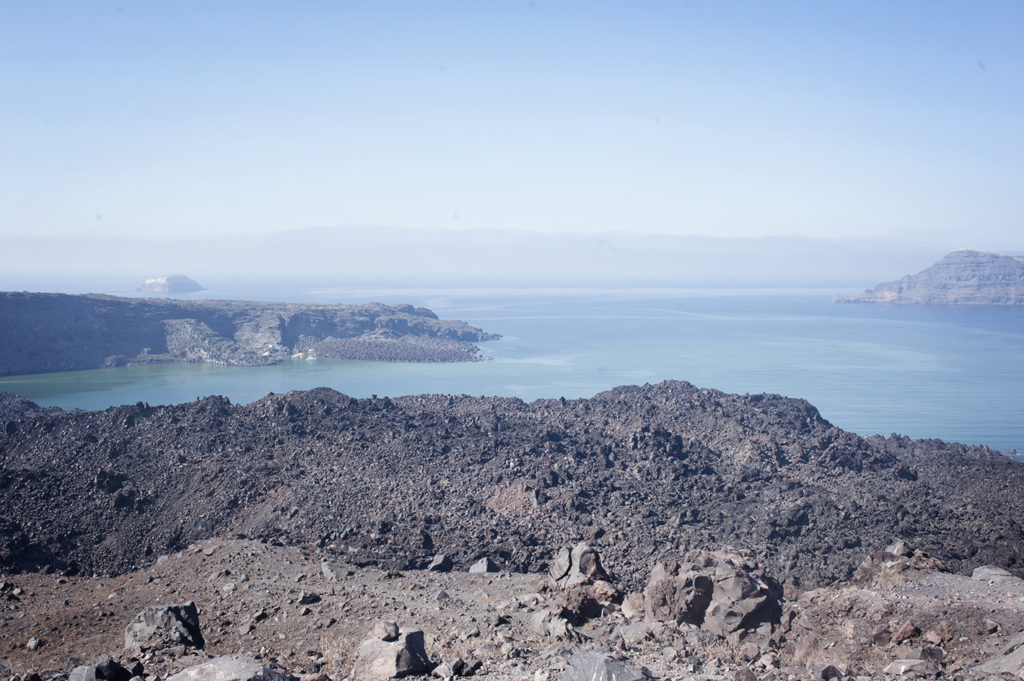 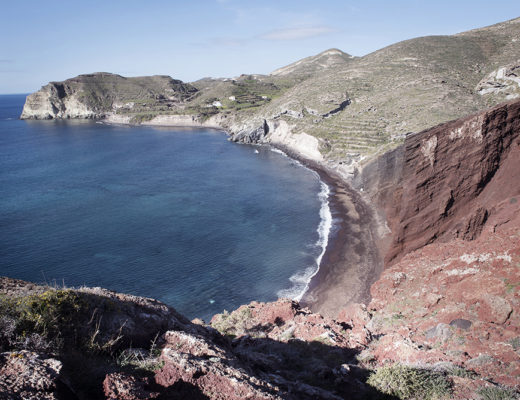 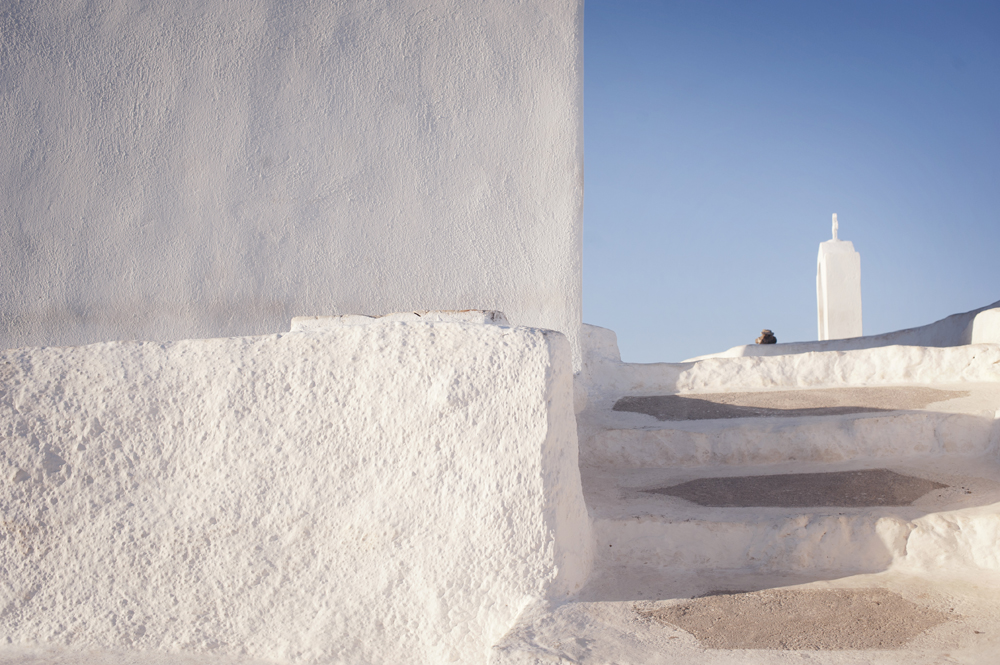 Hike from Oia to Fira – Things to do in Santorini 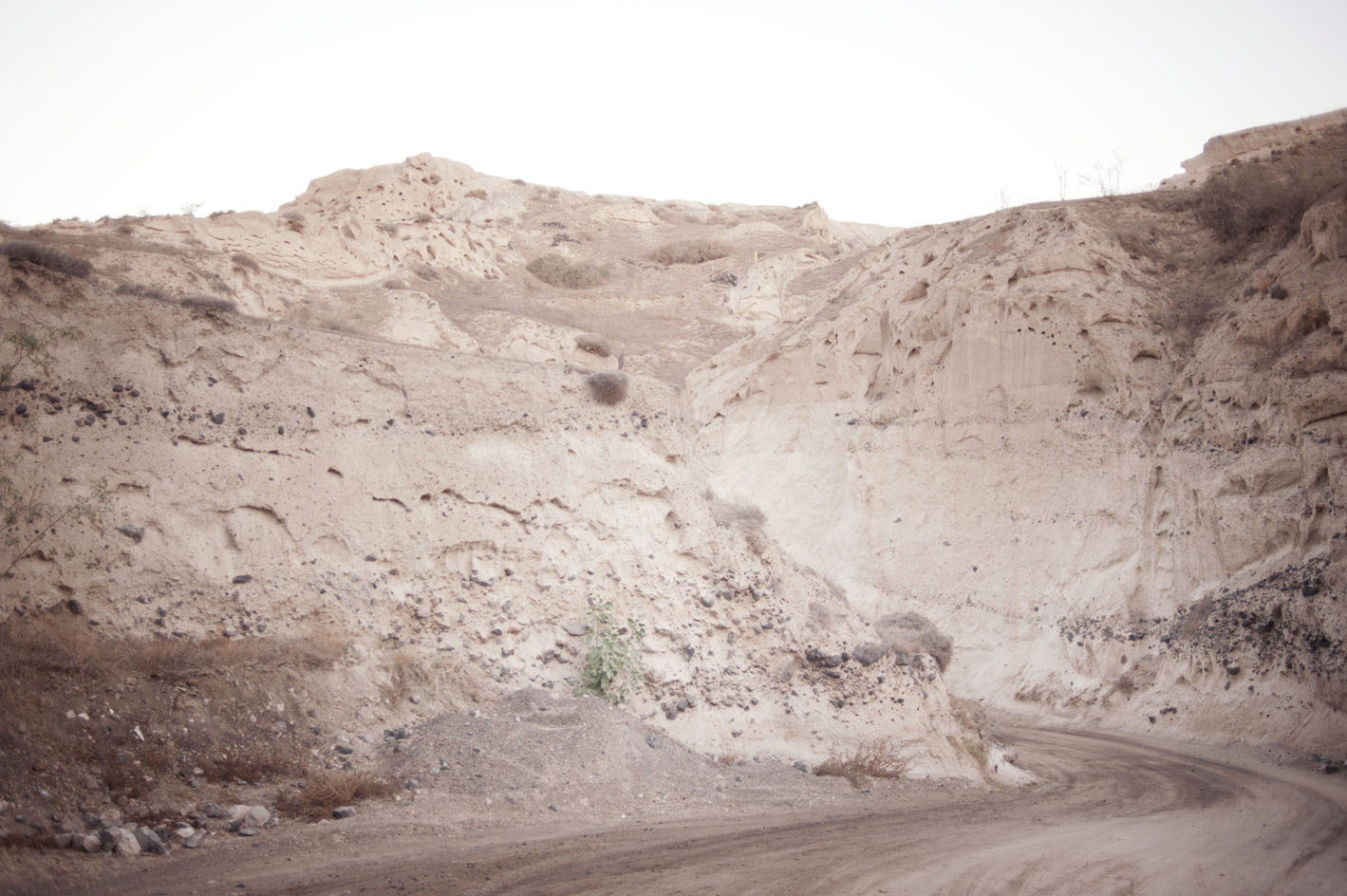